13th Session of the high-level meeting between Morocco and Portugal

As part of the 13th session of the high-level meeting between Morocco and Portugal held in Rabat, Mr Moulay Hafid Elalamy, Minister of Industry, Investment, Trade and the Digital Economy, received at the headquarters of the Ministry, on Tuesday 5 December 2017, the Portuguese Minister of Economy, Mr Manuel Caldeira Cabral. 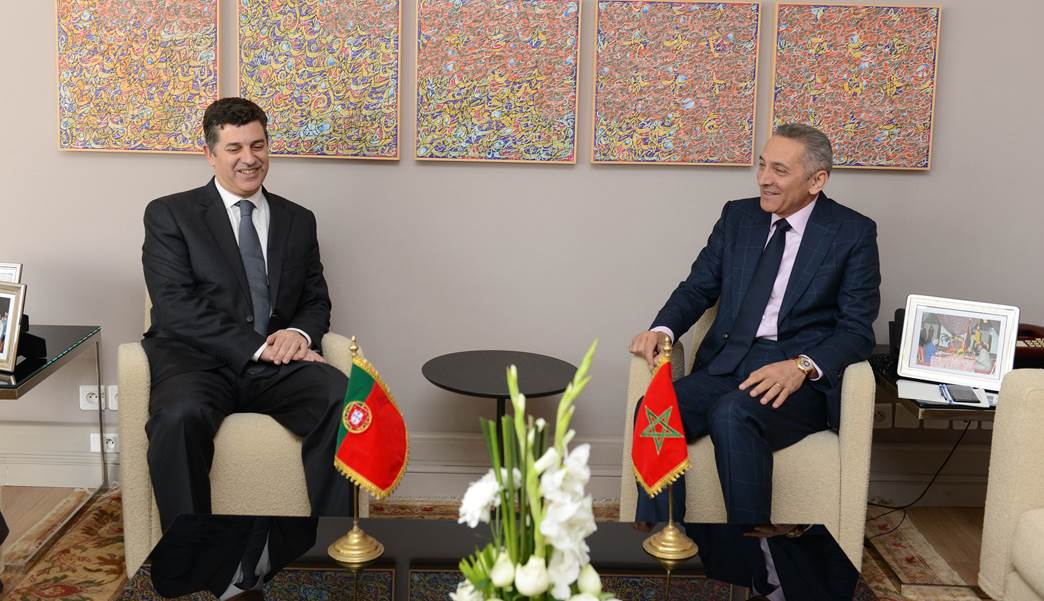 During this meeting, both officials welcomed the excellence of Moroccan-Portuguese relations and the quality of the constantly improving economic partnership, as evidenced by both commercial and investments figures.

In fact, Morocco is Portugal’s first commercial partner in the Arab world, its second partner in Africa and its 10th supplier worldwide with a trade volume of 1.4 billion euros in 2016.

In terms of investment, the Portuguese operators are increasingly opting for the Morocco destination. To date, 200 Portuguese companies have settled in the Kingdom in different business sectors.

Mr ELALAMY expressed his confidence in the prospects for future partnership given the respective potential and specific complementarities between productive sectors of the two economies.

The two parties agree, to this effect, on the need to promote closer ties between operators of the two countries in sectors offering undeniable opportunities for investment and partnerships, such as automobile, textile, pharmaceutical and construction materials.

The two ministers have furthermore welcomed the signature of a Cooperation Protocol between the Moroccan Association of Textile and Apparel Industries (AMITH) and the Portuguese Textile and Apparel Association (ATP) which aims at founding a transnational fashion ecosystem, as well as two other agreements between the Moroccan Association for Automotive Industry and Trade (AMICA) and the Portuguese Association of Automotive Suppliers and Portuguese Association for the Moulding Industry (CEFAMOL). These two agreements are intended to strengthen cooperation in the automotive sector and exploit joint business opportunities.

It was agreed, moreover, to lay the groundwork for cooperation in the digital field through the signing, during the high-level meeting, of a Cooperation Protocol in the field of Digital Government and Information Technologies, which aims in particular to promote e-Government and the Information Society.

About commercial exchanges between Morocco and Portugal:

Portugal has moved up to the 8th position between 2014 and 2016 in terms of trade with Morocco: